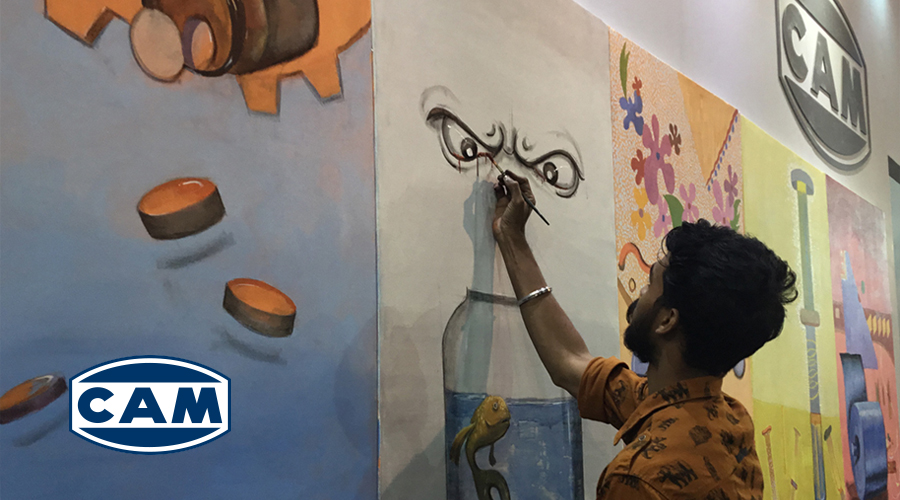 CAM chose to give value to their presence at the main international exhibitions of their sector by inviting young artists like Pfrasad Tandel, whom Donata Martelli, exhibition manager at CAM group, met on the streets of Mumbay, while he was painting…But first let us tell the story of Prasad. 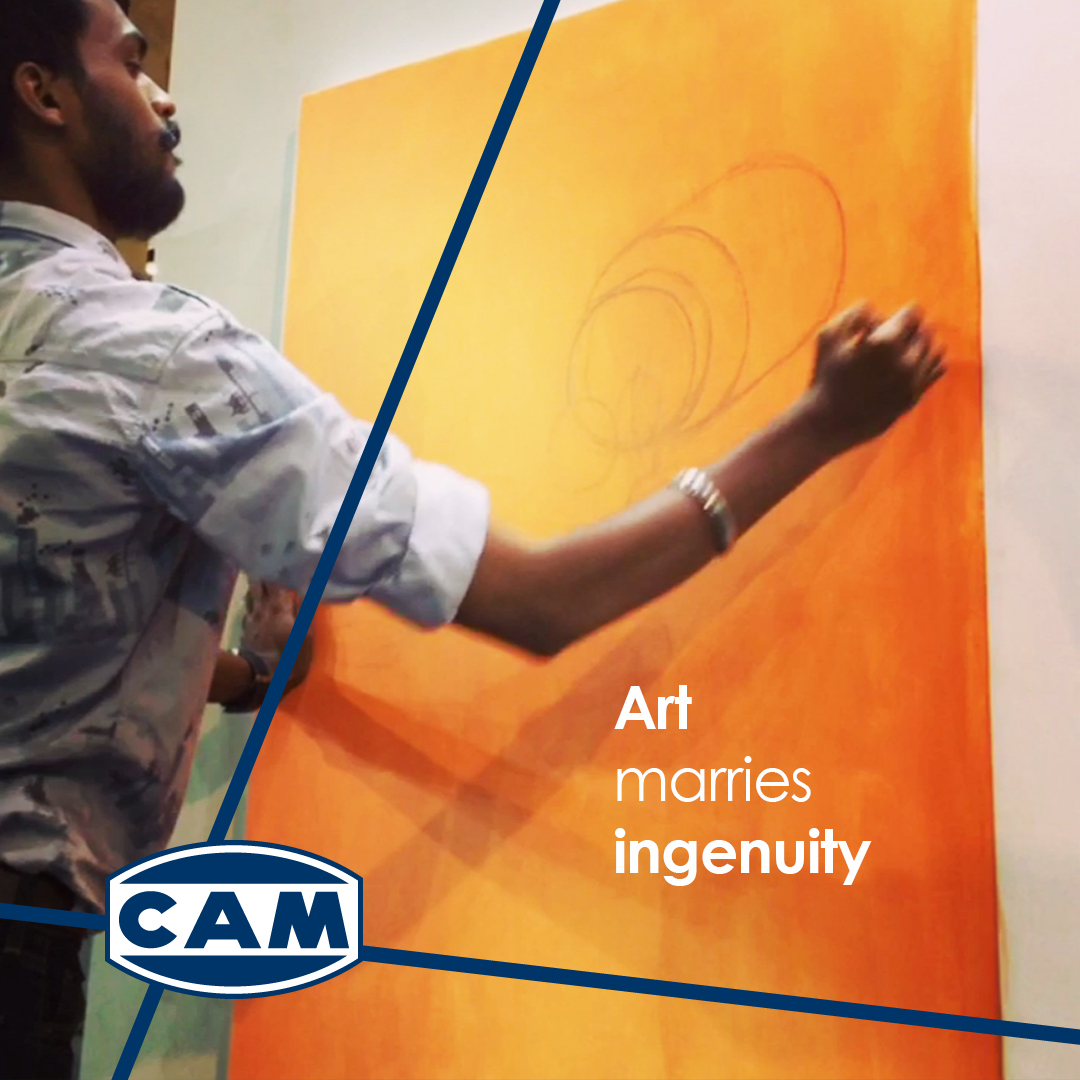 In 2008, Donata Martelli, exhibition manager at CAM group, on her way to P-MEC, the event dedicated to packaging for the Indian market, noticed a young boy laying down on the sidewalk barefoot, and he was painting but had finished his colour, so he was squeezing his tubes like he was trying to get the last spill of tooth paste out of them. 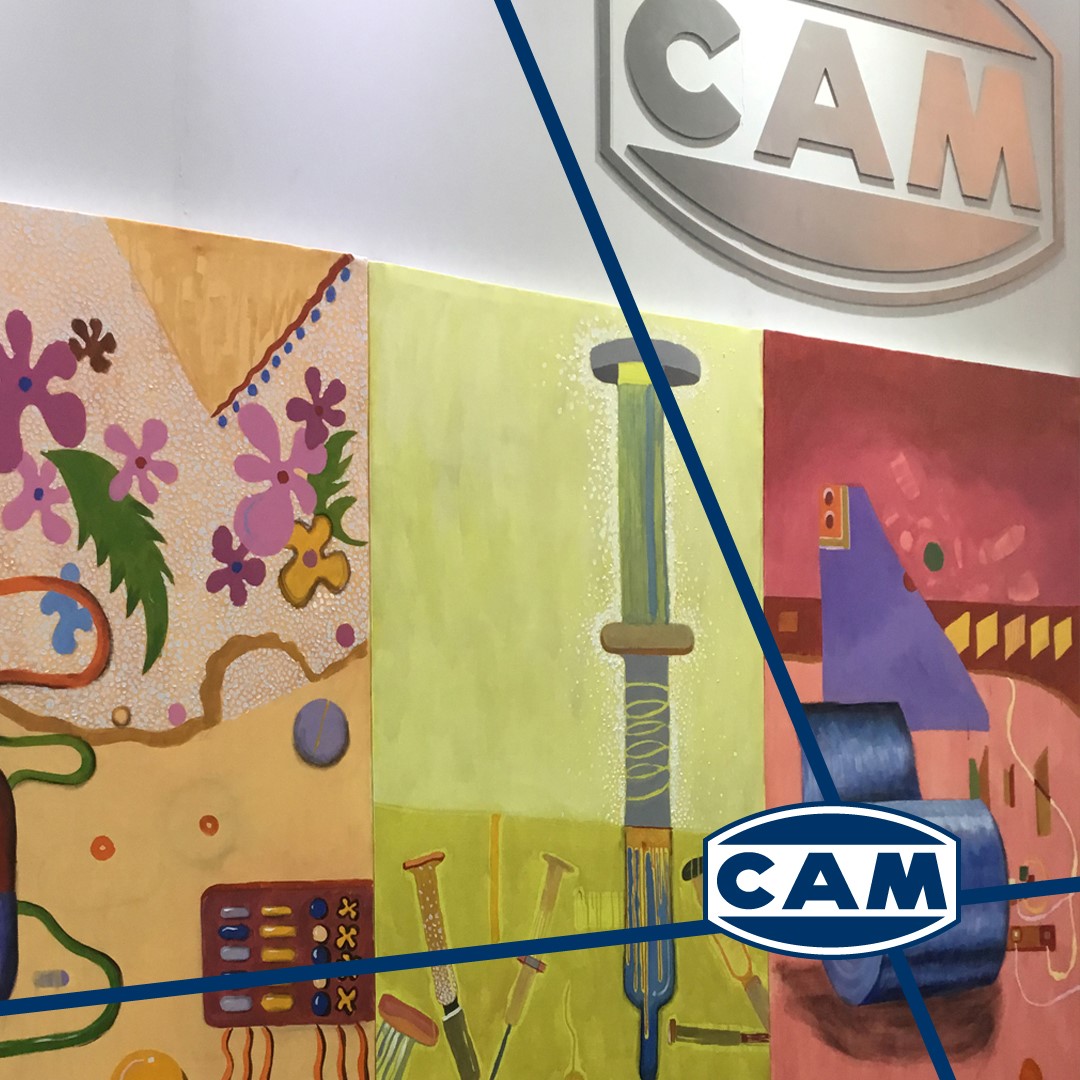 She started to talk to him and decided to buy all his paintings. He then, excited by the deal, told her that he had more paintings at home to show, and she, hesitant and full of curiosity at the same time, decided to go with him. And following him, she found herself in an indian slam, not safe at all for a tourist, but quite characteristic and this resulted in an unspeakable experience. 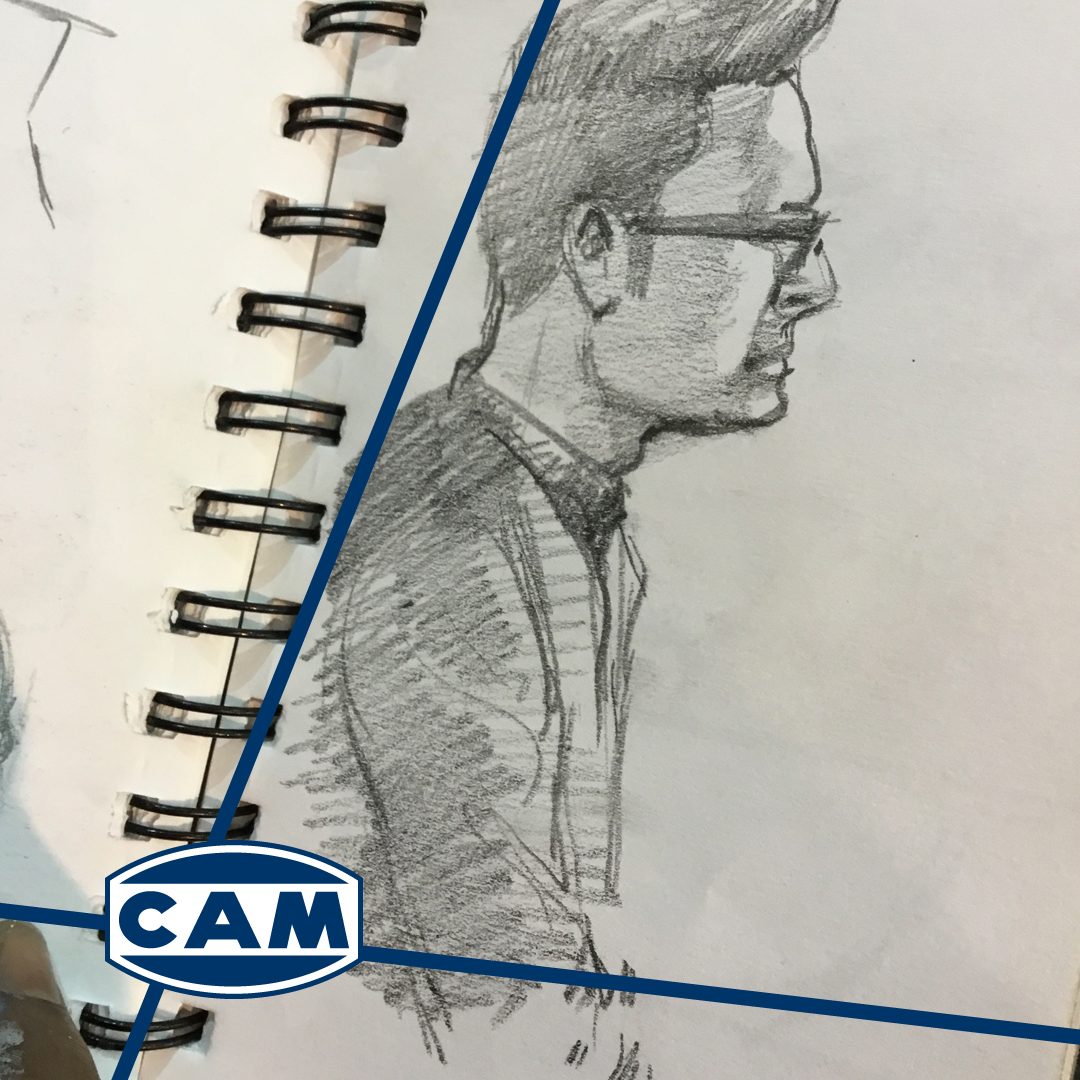 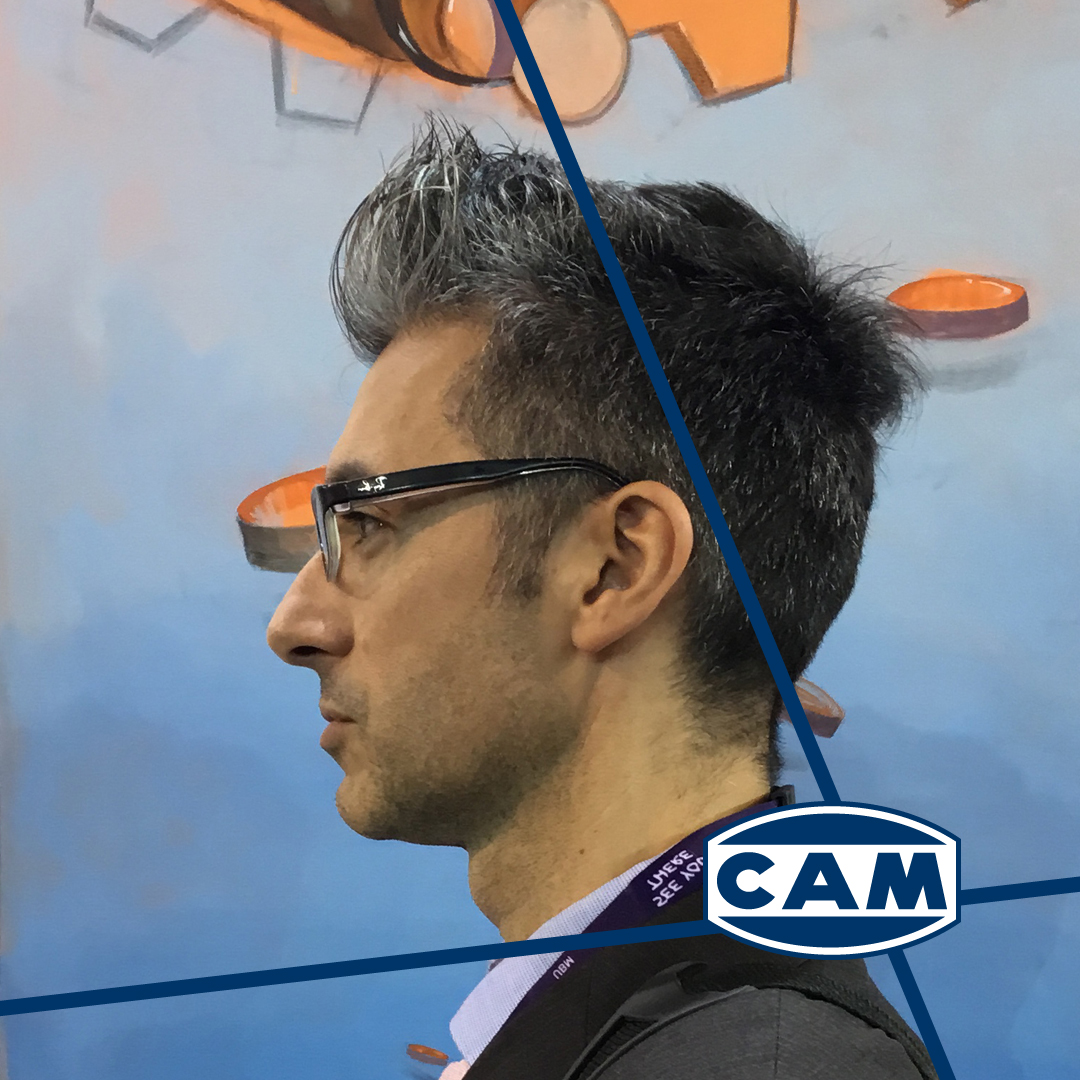 Several years after that event, Matilde Govoni, Donata’s daughter, decided to introduce Art in the exhibitions, so her mother told her the story of Prasad. Together they decided to find those paintings and Matilde noticed that Prasad had signed them with his name and surname. So she decided to look for him on Facebook and eventually got in touch with him. 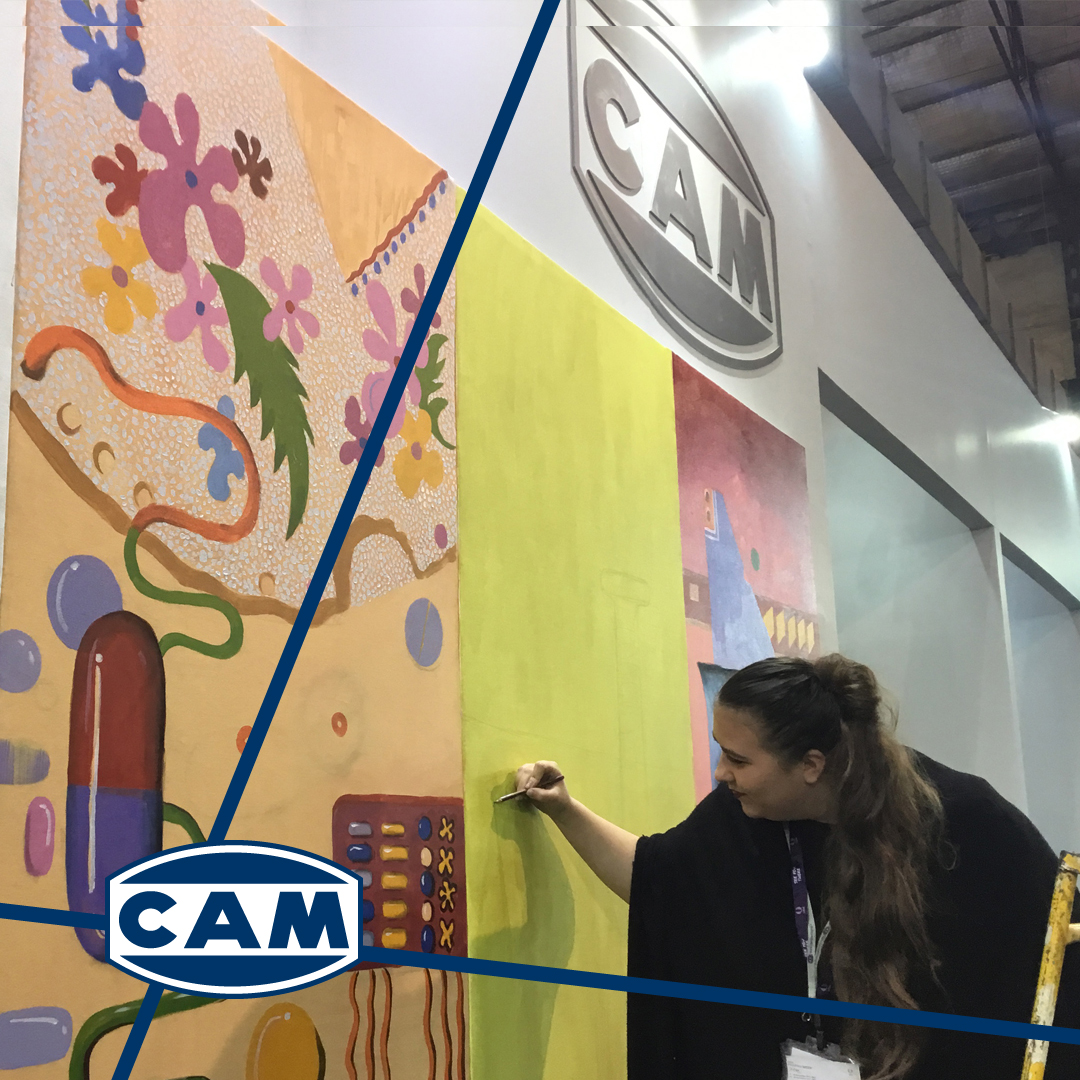 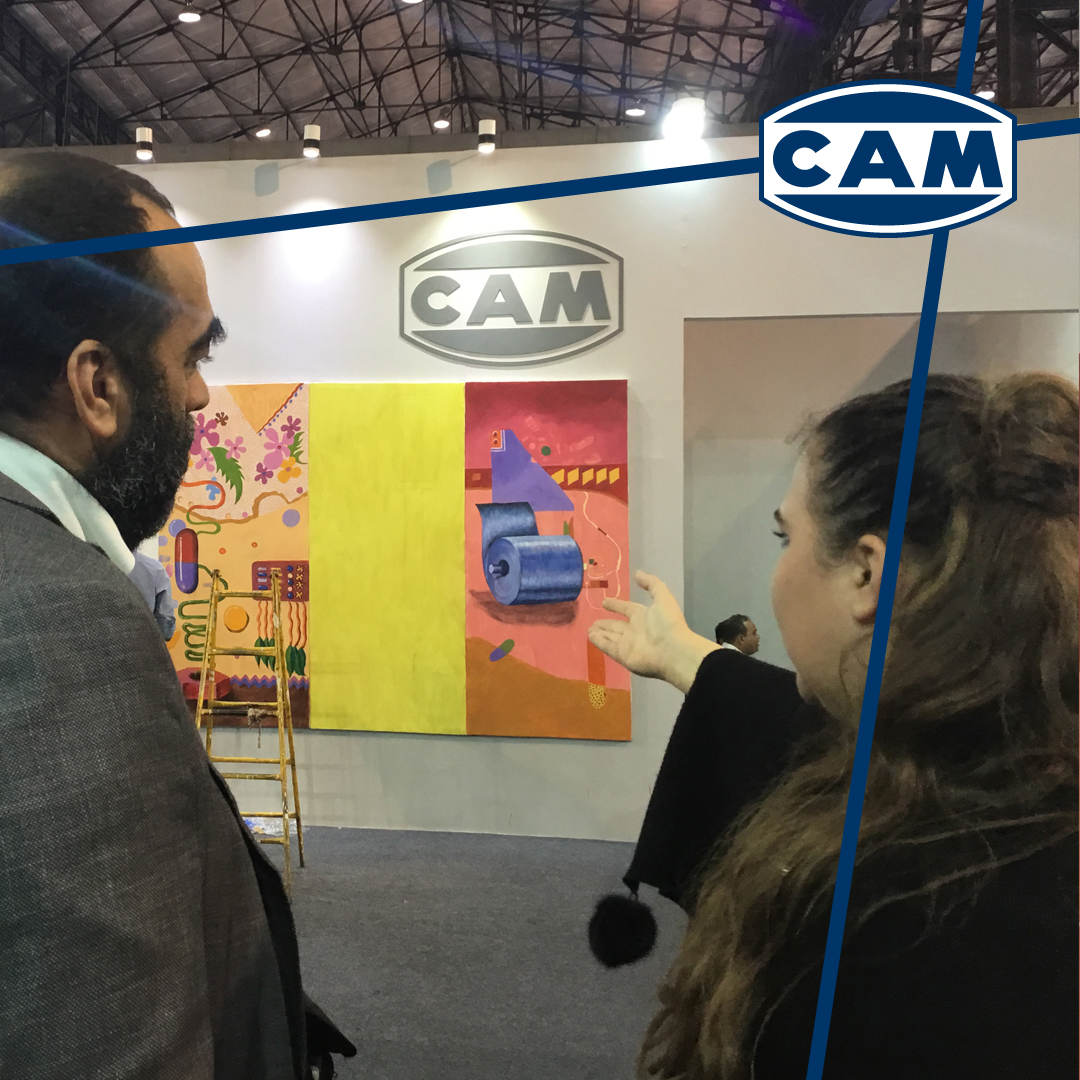 Prasad was already grown up, but he still remembered Donata, and they were happy to hear that he had become a painting teacher. He was glad to accept their invitation to participate in the exhibition and represent CAM and the packaging world with his painting style full of colours.