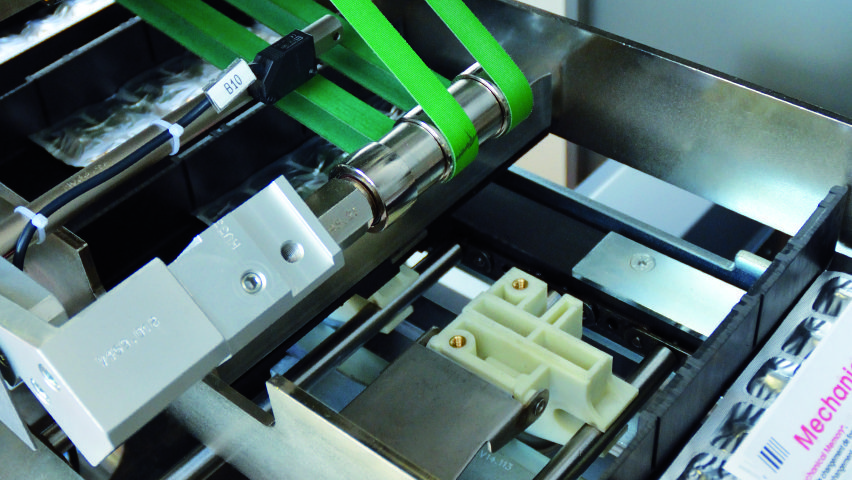 It keeps the machine in operation despite the presence of faulty components.

The purpose of the HYDRA system is to prevent the interruption of the production process when one of the units under its control is faulty or inefficient.

This system can be used with every machine of the packaging sector.

In order to better understand its function, let’s take as example a continuous cartoner, in which a bottle, a spoon and a leaflet are inserted.

These operations are performed by more groups or units fitted on the machine.

Two situations can occur on the machine mentioned above causing a loss of production:

The machine stands still: the customer must purchase or repair the faulty part and a technician shall be immediately available for the replacement.

In these cases the HYDRA system DOES NOT stop the machine if the unit features more stations performing the same operation, thus reducing the productivity loss.

The HYDRA system consists of a series of sensors and an advanced statistical software which identifies the damaged station and automatically controls the product infeed unit (in this case the bottles), by inhibiting it.

In this way no product will be loaded in the faulty station.

If, for example, one of the five gripper arms of the carton erection unit is faulty or damaged, the HYDRA system inhibits the pick-up of bottle, spoon and leaflet and, as a consequence, the faulty carton pick-up head does not work. This concept is applied to all those units which feature more work stations performing the same operation.

The HYDRA system is able to work in three operating modes:

1) Automatic: every time the machine stops due to a problem with a station, it performs a statistic on all the stops caused by that unit and, if the parameters exceed the preset threshold values, the system recommends the operator to disable the involved station and informs the maintenance operators about the need to check it.

2) Semiautomatic: the operator removes the faulty station and the system realizes that a station, for example a bucket, is missing thus disabling the product feeder. In this way, the faulty and removed station will not be involved in the production operations. 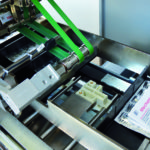 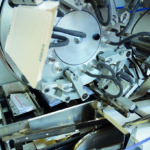 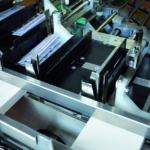 Unit for the product insertion- one pusher missing