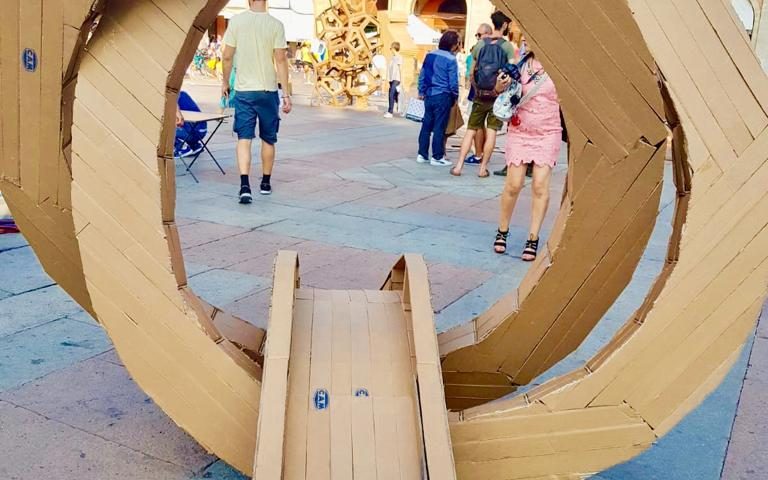 On Saturday in Piazza Maggiore, Bologna a competition/game was held during which groups of young people erected different cardboard structures.

The subject was completely free; the only requirement was that the building works had to be “monumental”. 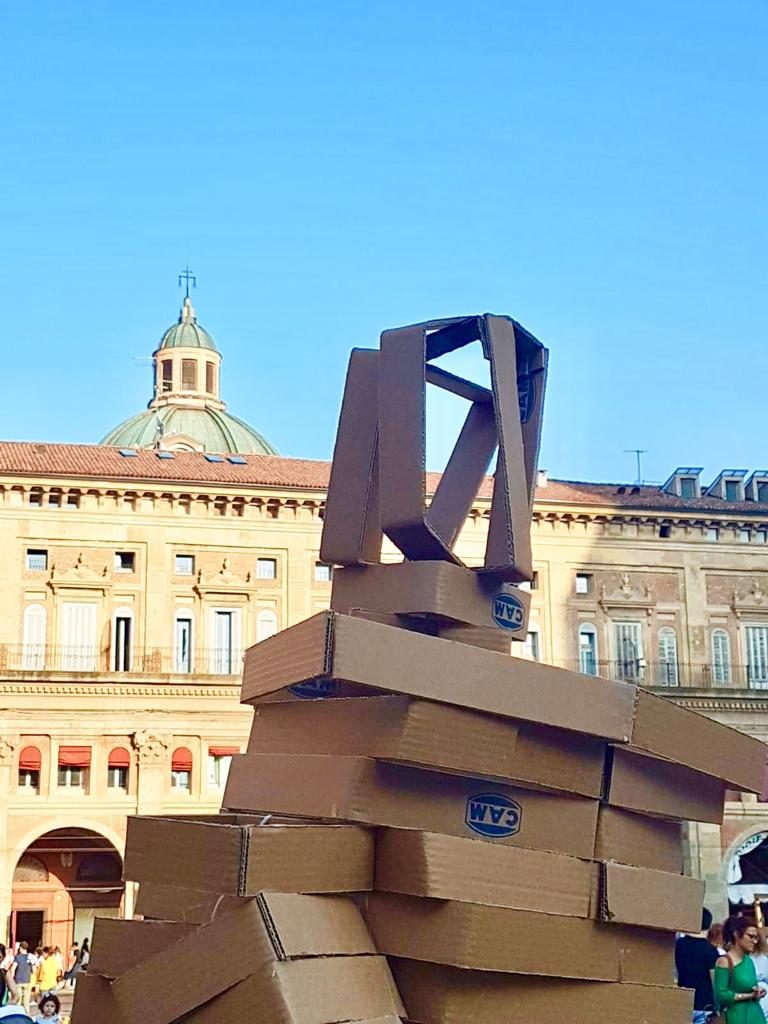 The event was organized by the Association Ico Rosetti which, getting inspired by Enrico Rosetti’s life and model, supports the reinsertion of young competitors who, due to a serious injury or a serious illness, had to give up their sports career.

CAM has been actively supporting the association for three years by supplying the cardboard needed for the model construction. 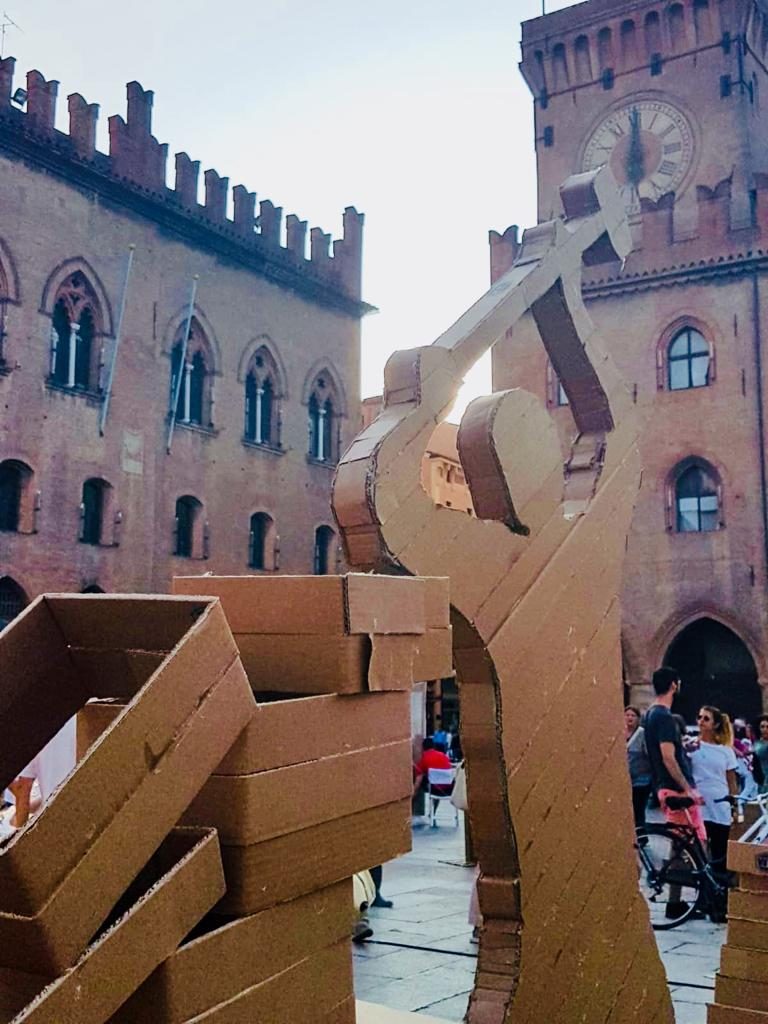 The winning piece has been recovered by CAM, which installed it in Bologna offices.